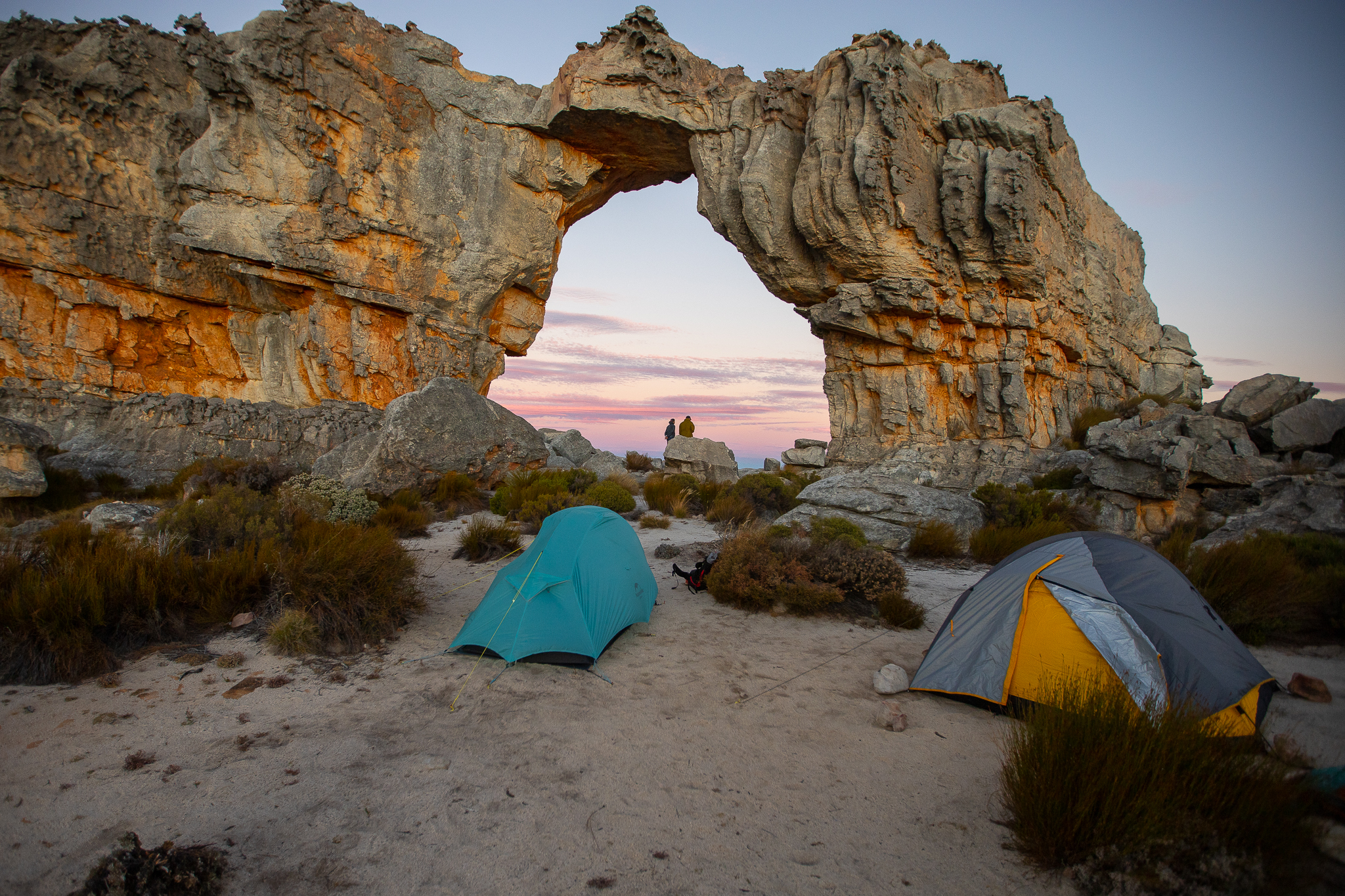 Long held as one of the best overnight hikes in the Western Cape, join us as we immerse ourselves in the Cederberg mountain range.

You will experience these dramatic mountains on a Cederberg overnight hike. The cliffs are sheer, the sandstone pillars huge, the climate uncompromising- hot in summer, snowy in winter. It is a land of contrasts & with that drama is beauty! The nights are a vivid display of stellar beauty and you can enjoy this experience while camping in the Cederberg Wilderness.

The trail ascends through the Wolfberg Cracks, gaining elevation over the Matjies river and providing excellent photo opportunities. Of course, the grand prize is Cederberg’s Wolfberg Arch itself, colossal & beautiful it’s a grand reward for the effort of this hike. this is an unforgettable overnight hike.

The Cederberg Wilderness Area is famous for its spectacular rock formations, sculpted by wind and water over many millions of years. Most of the area consists of sedimentary rock, sandstone and shale. The distinct reddish colour of the rocks is due to the presence of minerals like iron and manganese in the sediments.

The Cederberg area used to be inhabited by the San people, who left behind a rich legacy of rock art before European settlers began stock farming in the Cederberg in the 18th century. The Cederberg has the highest number of ancient rock art sites in the world, with over 2 500 discovered sites, many of which are easily accessible.

Southern African rock art has been dated to be as old as 28 000 years, with the age of the Cederberg paintings ranging from 100 to 8 000 years old. The paintings most commonly depict animal scenes, and it is thought that particular animals such as the eland had an important symbolic religious meanings.

Rock art sites in the Cederberg Conservancy that are open to the public are the Stadsaal Caves, Truitjieskraal, Southern Arch and Varkkloof.